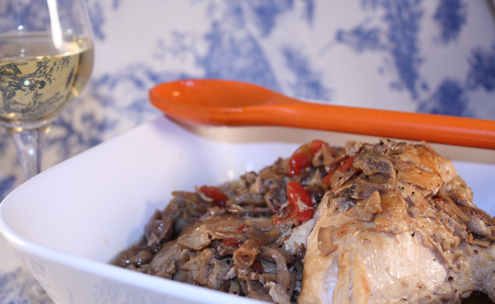 I have made it. My 3rd post for the Cooking Italy club, and on time to boot. This week’s challenge was easy, courtesy of Marcella Hazan’s Chicken Fricassee. When I told hubby that I was making chicken again, he rolled his eyes (he’s not found of chicken if it’s not in a nugget, that’s the teenager in him), then quickly corrected himself: “Actually I loved your latest chicken dishes, so I shouldn’t complain…” Of those dishes, one was even Hazan’s Chicken with Two lemons, about which I should post later on.

Basically, this dish is a quick braised chicken, with all the earthiness of rehydrated porcini, plus the zest of Italian wine—in this case a 2008 Maculan Pino et toi—and canned tomatoes.

Cutting to the chase, the whole family looooved it, which came as a surprise since I expected the extra earthy porcini to be an issue. Husband actually commented that the mushroom made the chicken taste almost like bush rabbit. Even kiddo devoured, then asked for more. Wow.

I had planned on serving this saucy chicken with a lethal butter-and-parmesan polenta but hubby had depleted my cornmeal to make his near and dear fufu. So I ended up cooking some pasta shells, a choice my 4-year-old was bound to appreciate since he refuses to even taste polenta.

BTW, if there are any Italian readers out there, I’d love to know if children in Italy are polenta-crazy, which I always assumed any child would be, or if it’s an acquired taste.

On the ups and downs of making this recipe: This was cooked with a 4-year-old underfoot. I was distracted and, as a result, was prevented from checking the chicken as it browned, so the skin stuck to the pan and that was that… I don’t think it affected the taste but certainly the appearance. One of my Cooking Italy colleagues, In Kaye’s Kitchen, was much more successful and her chicken probably looks more like what Hazan intended. 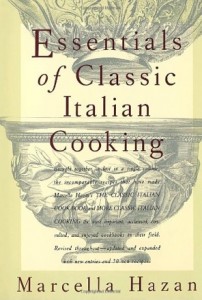 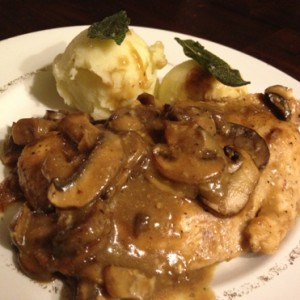 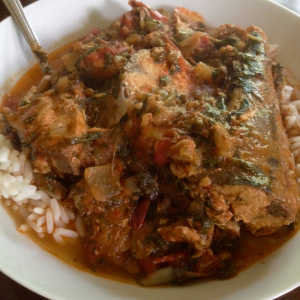