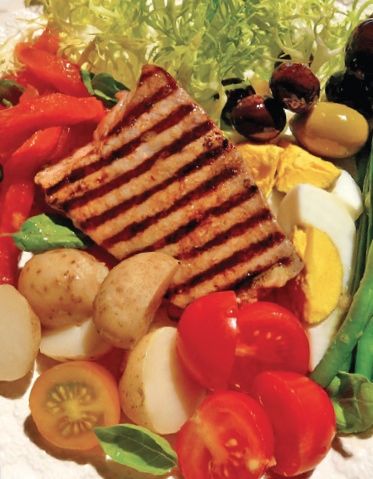 Too often, I forget how much I like Salade Nicoise. It took a media lunch held by Clos du Bois chardonnay and featuring Montreal Gazette fine dining critic Lesley Chesterman’s recipes to remind me of this timeless French recipe. And so I couldn’t help but want to share it with you here.

The traditional recipe calls for canned tuna, but it’s hard to find really good canned fish in Québec supermarkets. Try finding good tinned sardines from France, Spain or Italy outside of fine food stores and tell me about how it went… In fact, I know of a few Montreal chefs who actually make their own canned tuna for salad purposes, that’s how boring the industrialized version in supermarkets can be compared to the real deal.

Is it the influence of Japanese cuisine and sushi, today’s trendy Salade Nicoise often eschews the canned stuff in favour of tuna à l’unilatérale or tuna tataki, i.e. a slab of fish seared on the outside but still raw a coeur. This recipe is a case in point. I have to admit I quite like it, despite my deep respect for the classics, probably because I’ve been sushi obsessed since I celebrated my 21st birthday at Montreal’s first sushi bar on Saint-Denis, way back in the 80s.

While Lesley Chesterman’s take was served as the starter of a Chardonnay-centric meal, it would make a splendid light lunch or supper, especially when summer vegetables beckon. Salade Nicoise in fact lends itself even to winter grazing, if you’re lucky enough to find good tomatoes that is. 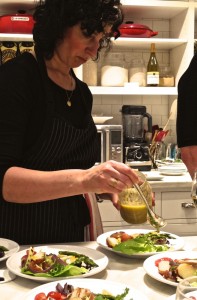 Chef Joanna Notkin finalizing the prep of the Salade niçoise served during the media event at Williams-Sonoma in Brossard’s Quartier Dix30.

For other recipes that pair well with Chardonnay, see her Red Pepper and Aged Cheddar Quiche, Bar-B-Cue Pork Tenderloin with Peaches and Granité Chardonnay with Grapefruit Confit. 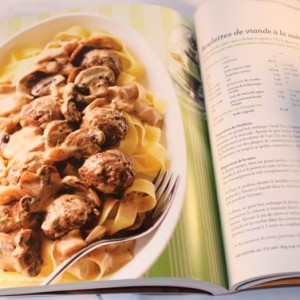