It was the kind of challenge I relish: convince 10 of Quebec’s top chefs to play the healthy card by creating gourmet recipes for the Montreal Heart Institute and the nutritionists at its EPIC Centre. A unique cookbook that could also serve to raise funds for the Institute’s well-respected and much-needed Foundation. 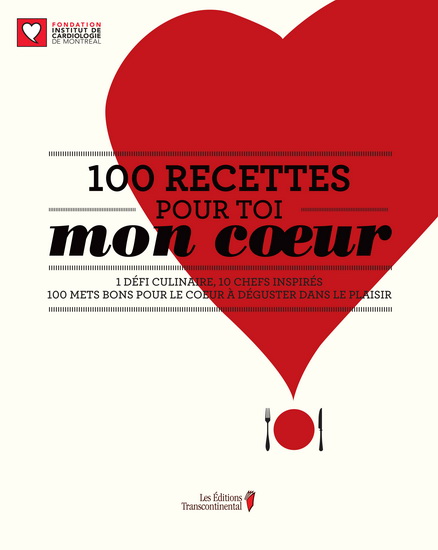 The initial call came in the spring of 2011: “You have free reign. We’re sending you a list of chefs that the Institute likes, but you choose who you want to work with.”

Right away, I made a mental list of chefs I knew and liked, plus a few others I wanted to get to know. One name appeared on both my list and the Institute’s: Danny St Pierre of Sherbrooke’s Auguste Restaurant. He was my first call.

The second one went out to Michael Makhan of Montreal’s Aux Vivres Restaurant, out of a personal desire to feature vegan cuisine. Other names were added as I went, new upcoming chefs and top toques that the team fancied: 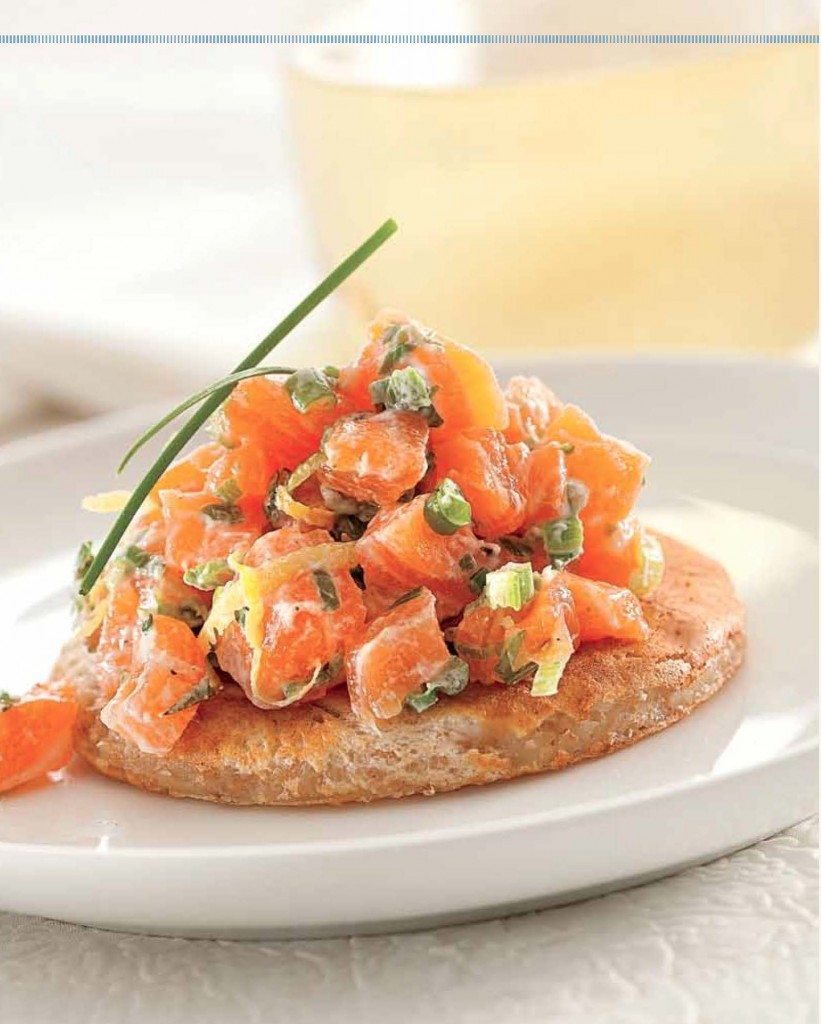 I’ve been know to say on the record how much I like chefs, their larger-than-life generosity, their insatiable appetite for life, their incessant quest for more and more pleasure. Even when I don’t know a chef at the beginning of a joint project, a meeting of the minds takes place pretty quickly. Which is a good thing, because kindred spirits and team work were much needed in the course of creating this healthy cookbook. Analyzed by the Institute’s nutritionists, no duck recipe survived. A few desserts bit the dust. Mussels, algae and kale barely made it due to their high sodium levels… 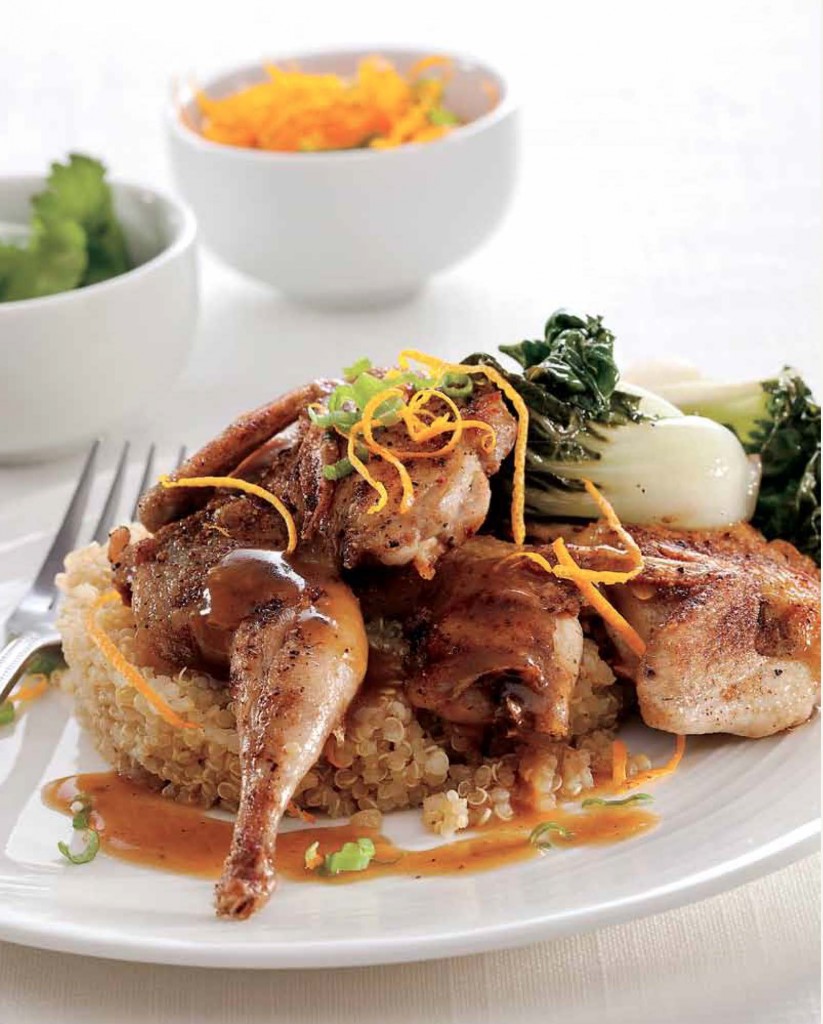 Mélanie Gagnon had to test her egg and carrot verrines one night, to replace her duck confit financiers at the last minute (a recipe that remains in my archives, one of the marginal benefits of my job). Jean-Baptiste Marchand’s Egg and Bagel Brunch was sent back to bed. And I am holding on to Patrick Gérôme’s regretted Duck Confit Parmentier, to be cooked next fall when the Faubert family yearns for the return of comfort food. 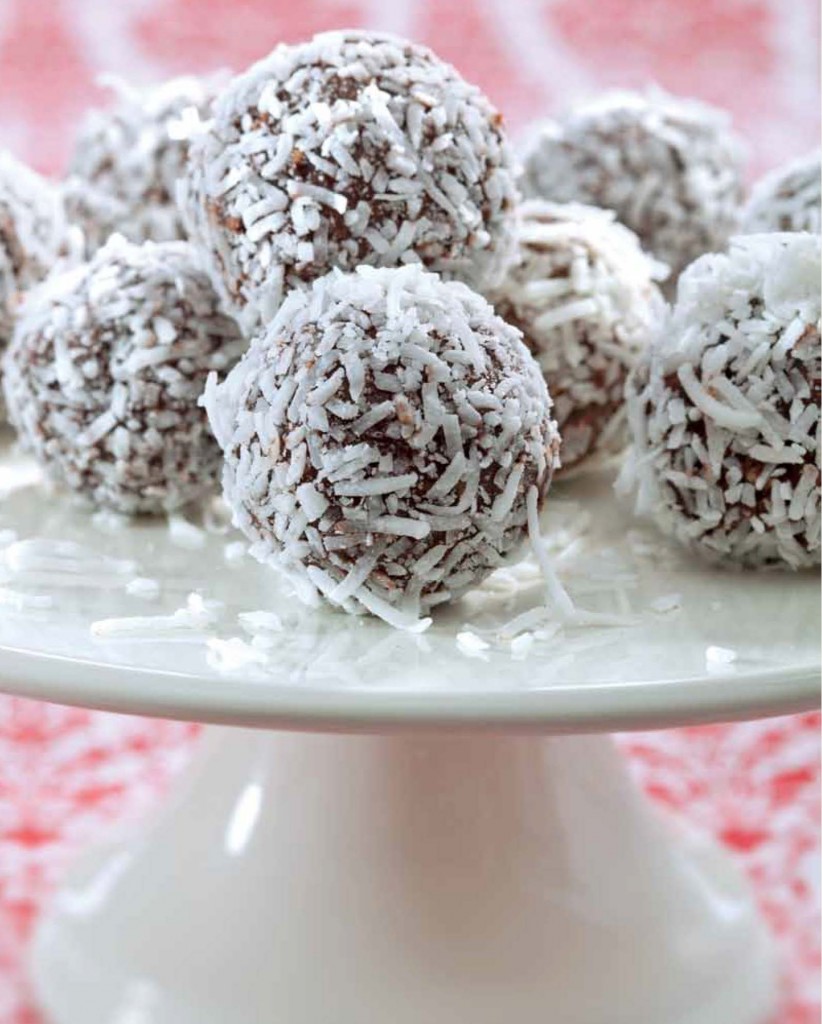 In the end, 80 recipes succeeded in convincing both our tastebuds and the Epic Centre’s nutritional software, a taskmaster as unbending as an elliptical machine, lol. As a lapsed vegetarian, I was seduced by all the recipes provided by Aux Vivres; by the melon, ginger and honey wine soup from L’Eau à la bouche; by the soy bean, strawberry and thai basil salad from La Fabrique; and by Auguste’s poached chicken on a bed of tomatoes, capers and raisins.

As a bonus, here is the very first recipe from the book, a delicious Fennel & Clementine Salad created by Giovanni Apollo that is tailor-made for summer and kind on the arteries. Trust me, I’ve got a nutritionist’s word on it. 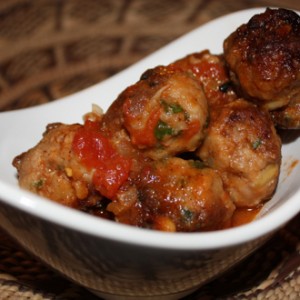 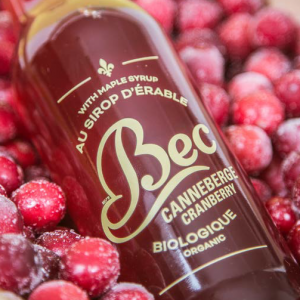