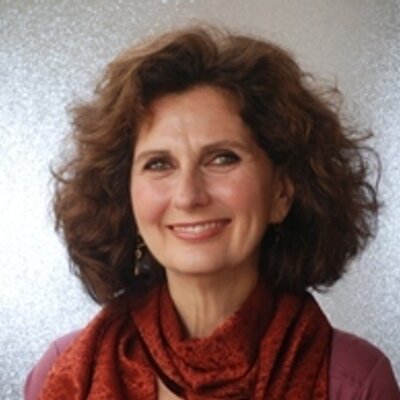 For a cookbook author, Nettie Cronish never lived her life by the book. As we meet for the first time and sit down for a quick interview in the offices of the Montreal publisher we have in common (she was in town for the Third-Annual Fair Trade Conference at McGill), Nettie readily admits to liking the road less travelled. Which is why at 17, for ethical reasons, she decided to become a die-hard vegetarian and basically stopped eating anything her mom would prepare. This was the sixties, mind you, when only Californians embraced vegetarianism, not good Jewish Canadian girls. “I remember feeling so powerless with everything going on in the world,” she sighs. “Becoming a vegetarian gave me control at least over what I was eating as opposed to what big industry wanted to force feed me.” She leans towards me with a twinkle in her eye: “I hope I don’t sound like an eating disorder?”

Under pressure from her middle-class family, the young Nettie enrolled at University of Toronto in psychology, then promptly delayed her admission to travel (with a set of cooking knives, an unthinkable feat in our post-911 world) to Israel and India, where she lived in a kibboutz, then an ashram. Shades of Eat, Pray, Love, I quip? She laughs mischievously. “In a way. They were shooting Jesus Christ Superstar in the desert at the time. There were a lot of drugs around, and a lot of dancing naked in the sand. I was a teenager, it was the sixties, what can I say?”

While Nettie was obviously having the time of her life, everyone around and back home kept reminding her that maybe she needed to plan for the future? And so, two years into the Great Rebellion, she gave in to social pressure and returned to tackle that B.A., graduating with honours. Diploma in hand though, she slip-sided away once more, foregoing no doubt a financially-promising future as a shrink to open a vegetarian deli instead a health store. “Then this newspaper published a story, where they got their information I don’t know, saying we were a caterer too. Suddenly the phone was ringing off the hook, so I spent the next two years cooking every day. If I ever yearned to own a restaurant, the business side of catering cured me of it for good!”

Instead Nettie migrated towards teaching vegetarian cooking and writing the first of five cookbooks (she’s presently at work on number six, devoted to grains and seeds). Along the way, she chaired The Women’s Culinary Network, signed on as a board member of Taste Canada and Fairtrade Canada, all the while writing articles and testing recipes for the likes of Chatelaine, Canadian Living and The Globe and Mail. Still, even with a lifetime of cooking vegetarian day in, day out, she concedes it can be a hassle: “Being a vegetarian is a lifestyle, you have to plan for the week, it’s hard to improvise. Veganism is an even more intense philosophy, I don’t know how people are really managing with VB6, for example”. (VB6, where people eat all-vegan before 6 pm, then anything goes for dinner, is the latest book penned by celebrated NYT author Mark Bittman.)

Nettie’s cookbooks seem to reflect her personal journey. The author of The Complete Idiot’s Guide to Being Vegetarian in Canada (2000) yearns to bring families back to the dinner table where they can talk, share and laugh. Even if it means some family members are eating meat, and others not. “I was a zealot for a while,” she reveals. “I married a meat-eater, had children. Like my parents before me, I found myself telling my kids how to run their lives. They would literally sneak meat into the house!” Now, she admits to being done with power struggles. While none of her children are vegetarian—rebellion would seem to run in the family— they remain food-smart, says their proud mother. Even if her daughter, a science student, is pro-GMO, which has been known to feed the conversation around the dinner table, to say the least. 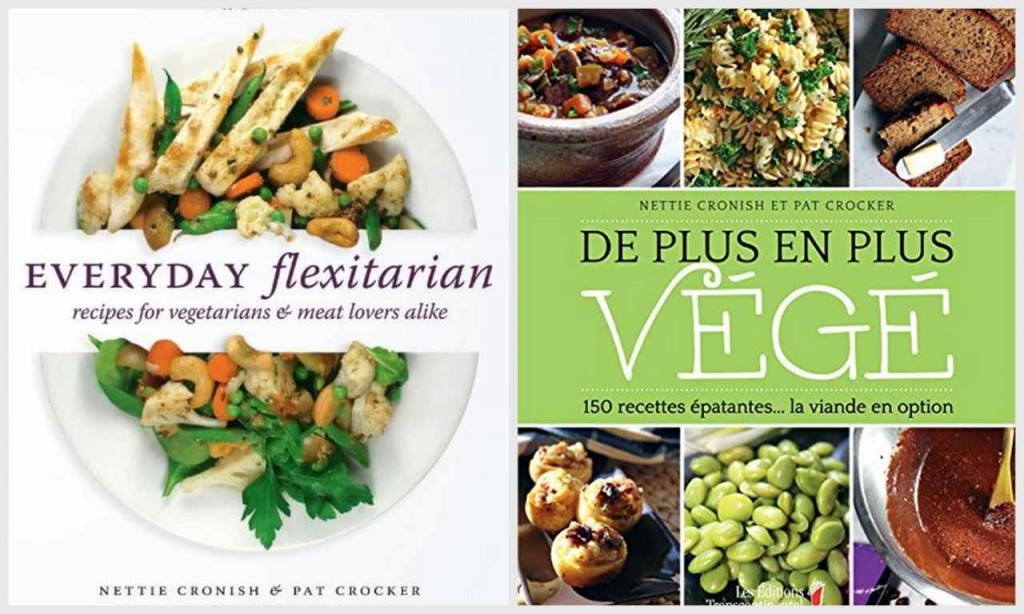 The vagary of teaching, and having teenagers at home, has taught her over time not to judge people. Published in 2011 with co-author and culinary herbalist Pat Crocker, Everyday Flexitarian: Recipes for Vegetarians and Meat Lovers Alike, her first book to be translated in French, reflects her newish live and let live philosophy. 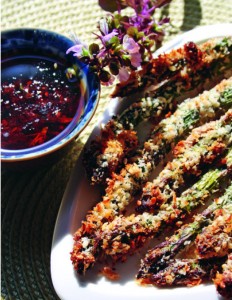 Basically, the book serves up 150 recipes, most of which are flexitarian. A colour code guides readers and cooks, who can tackle the vegetarian version (ingredients and directions in black) or simultaneously cook the dish with meat (adding the ingredients and directions in red) to please a flexi-family. Committed carnivores can go all-meat of course.

A double spread from the French adaptation of her Everyday Flexitarian cookbook.

No, Nettie did not test the meat recipes herself. Instead, for taste and doneness, she relied on friends, family, her co-author and organic cattle farmer Cynthia Beretta who provides Meat Lover insights. While I love to see more attention devoted to organic breeding, Beretta’s comments tend to be largely amiable and not technical enough for my taste. I would have liked to see more hands-on information about meat cuts and such, but I’ve a feeling Nettie mostly wanted to surround herself with meat experts, given the lack of expertise on the topic she readily confesses: “For me, the biggest challenge was educating myself about meat. I don’t even use faux meat in everyday cooking, and certainly not in the book, but if it can help people learn the basics and move forward, why not?” 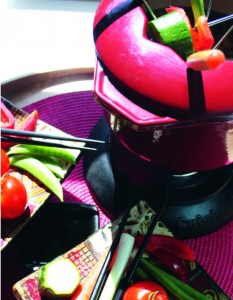 Vegetable (and/or meat and/or poultry and/or meat) fondue, you get the drift.

A lifelong, steadfast vegetarian, she remained unprepared for the backlash that greeted her flexitarian books. Some of her memberships in vegetarian associations were revoked by the powers-that-be, clients cancelled cooking demos, and hardcore vegans have been known to walk up just to insult her at tradeshows. Married for over 25 years to a devoted meat-lover, she was even asked how she could kiss a man who had just eaten meat. “I asked the person: Do you have somebody to kiss in your life?… And of course, he didn’t. I was surprised at the furor, and saddened of course. Something wrong’s when vegetarianism becomes this syndrome where people put themselves on a pedestal. I understand about ethics but I’ve learned to draw the line at fanaticism,” she muses.

Despite the outcry, for me, there’s something refreshingly unexpected about a vegetarian tackling meat as opposed to meat-eating chefs trying their hand at vegetable-only cookbooks. (Spoiler alert: They’re usually über dairy-centric.) A sense that something’s been added rather than removed, as evidenced by the success of Everyday Flexitarian, just published in Québec under the title De plus en plus végé. If I find the book somewhat lacking in glossy photographs, given the occasional complexity of recipes and ingredients, the offering is tantalizing. I, for one, look forward to cooking the book, starting with the Vegetable Broth made with lentils (!), the Spring Rolls above and the Pinto Bean, Quinoa and Wild Rice Wraps which Nettie, at first reticent to single out a favourite, finally owns up to liking best. “My teenage son would bring his friends over and they would devour the lot, without meat of course. If teenage boys like a quinoa-bean wrap,” she jests, “I figure that’s a ringing endorsement, right?”

To learn more about the book or to order online: 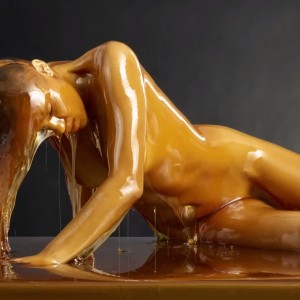 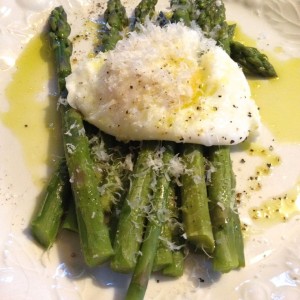 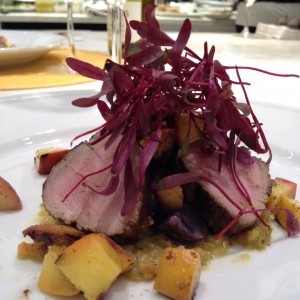