There are meals, let me correct that, food orgies that leave indelible memories. Like my first tasting menu with my two BFFs, at Montreal’s Laurie Raphaël, ending with a tour of the deserted kitchens led by the sommelier at 1 am. Or that other tasting, in the ITHQ kitchens this time, where I ate recipes tested for a magazine that went from garlic-and-oil pasta to lemon-white chocolate truffles—at 8 in the morning. Both mmmmmm… and ouch. And then my first visit to Pied de cochon Sugar Shack in the Lower Laurentians, the brainchild of chef Martin Picard. That one was 3 years ago almost to the day. 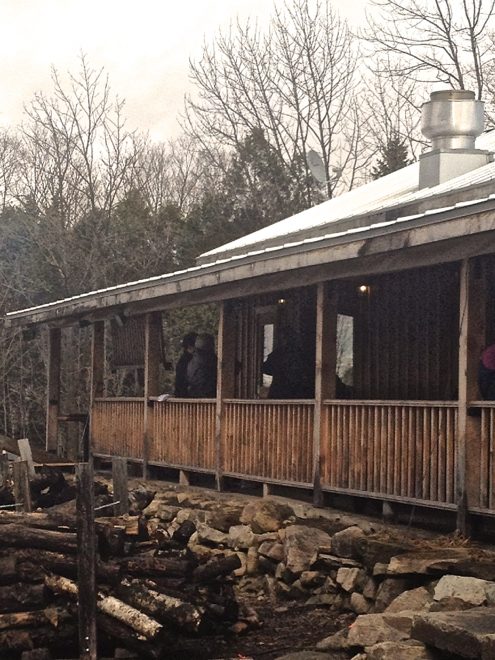 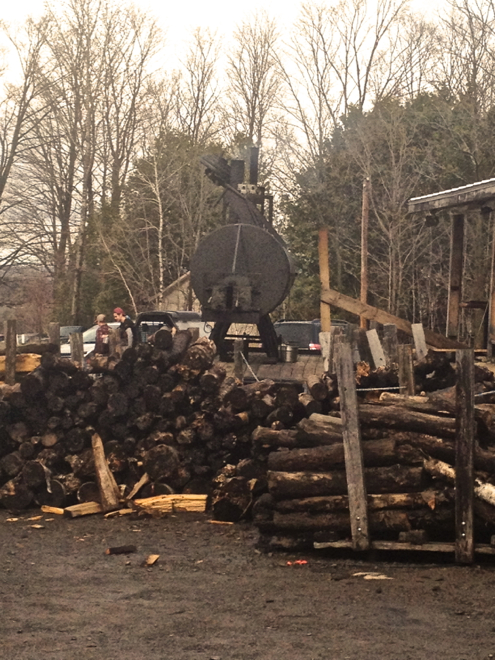 The mechoui which served to cook that amazing Gaspor pork roast on my first visit seemed unoccupied this time.

I still remember the baked beans with blue cheese and diced foie gras; the omelet soufflé inside a full lobster shell; the cretons sushi; the maple syrup poule de Bresse. And the after-feeling my stomach might just explode like a beached whale in the Maritimes. Not comfortable one bit, but memorable, ah yes….

Last Sunday, we finally went for seconds as my family and my son’s godmother drove to Oka’s back country, on a grey spring morning that was raining down on our heads, again. Forewarned by our previous foray, I advised my guests to eat what they liked best, especially what we couldn’t bring back such as frozen desserts, and we would ask for doggie bags to handle leftovers. Let there be harmony, between us and our doomed bellies. The strategy must have become self-evident with time because a stack of aluminum dishes was provided at the beginning of the meal for the inevitable leftovers. Too funny.

From reading interviews with chef Martin Picard, I know he’s adamant about serving a gut-busting menu at the original fixed price of $60 a head, before booze, tax and tip. Of all the restaurants in greater Greater Montreal, it has to be the best deal going.

Maybe because this was not our first time and the element of surprise was missing, we enjoyed our meal but it didn’t compare with memories of that previous bacchanal from long ago. Don’t get me wrong, it was absolutely delicious, just less surprising. Generous, but manageable. Or maybe we just go restaurant-hopping so much all year long that it takes a lot to blow us away anymore. All said, the menu proved top calibre; the wooden décor with stuffed wolves perched atop wooden beams (!) was warm and rustic; and the country drive on rang de la Fresnière had me smiling as usual. If you’ve never visited Pied de cochon Sugar Shack, it remains a must for foodies who literally travel from abroad to punish their body. Bewarned though, you’ll have to be online, on a fateful fall midnight, to grab one of the few rare seats since the Cabane is only open 3 months out of the year (I was too late to grab seats for the upcoming apple season, sniff). For the 2014 maple smackdown, it took a mere 6 minutes to sell out. Or, if you live in the area, take a chance and call at the last minute in case someone cancelled. That was actually how we ended up at Cabane that first time…

This isn’t a food review, since I’m a food writer and columnist, NOT a fine dining critic. Instead, here are a few pictures of our meal. It should be noted that the Cabane makes the very-appreciated effort to serve groups separately and not lump everybody together around communal dishes. Big thank yous for that. I had the feeling the child at the table had been somewhat ignored in the equation though, like for example when we were served 3 beignets for a table of 4. Kids like beignets, duh, so adults barely got to taste those… Also, the surrounding din makes it hard to understand whatever the waitress is explaining about the food. I gave up halfway and was not alone. The biggest discussion at our table ended up trying to guess the ingredients in the red sauce served with the stuffed duck, lol. A printed menu, even of the old inkjet printer variety, might not come amiss… So here’s to the season that ended this weekend, if anybody has tickets to the Apple Event next fall, I’m your guy. Make that girl. 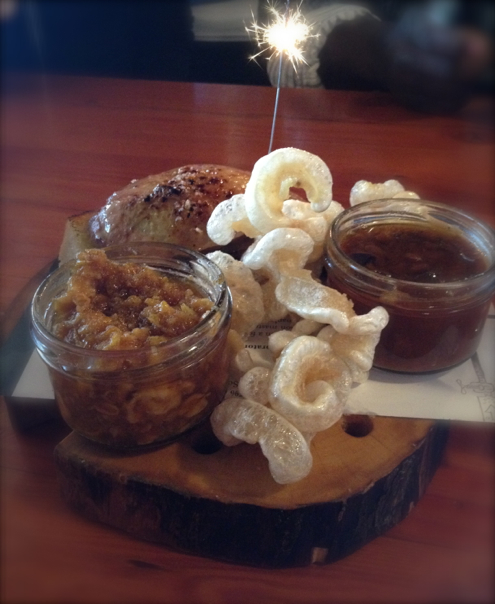 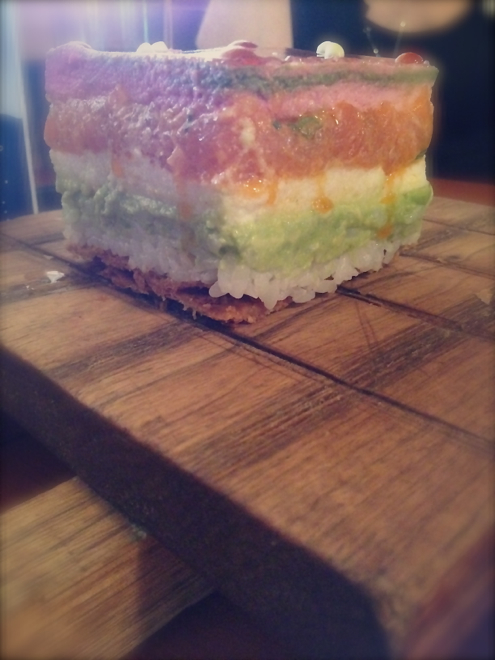 Giant salmon, avocado and beet sushi. I was the only one who liked but then I’m a sushi fiend… 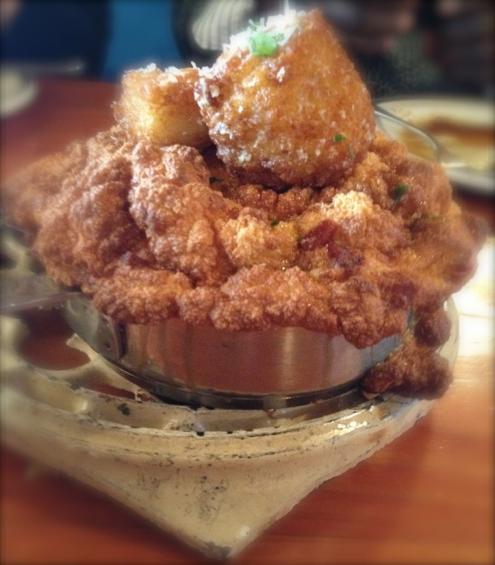 Chorizo and tripe stew covered in omelet with giant spicy parmesan croutons. Not shown: maple syrup beignets served with ham cooked with hay, butter and mustard. (I managed to steal a bite from my son, it was delicious.) 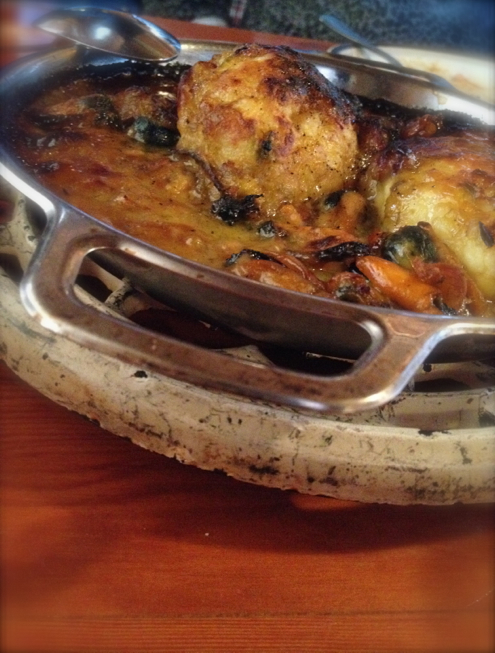 One of the hits all around: sturgeon quenelles in creamy mussel sauce, nantua-style. 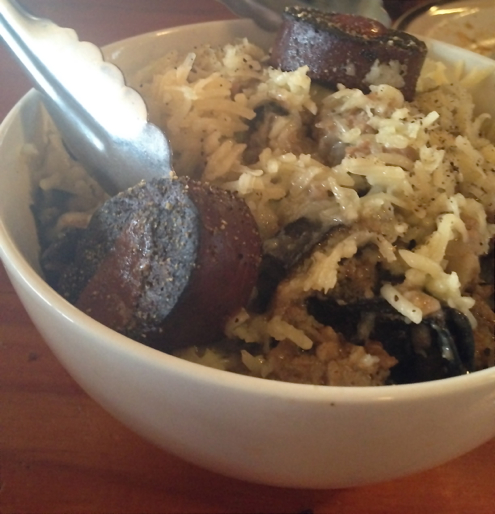 Surprising black ink pasta with cheddar and blood sausage that hit spicy notes (cayenne maybe?). Large parties had the pleasure of seeing their pasta literally rolled inside a huge cheddar round before being served. The entertainment highlight. 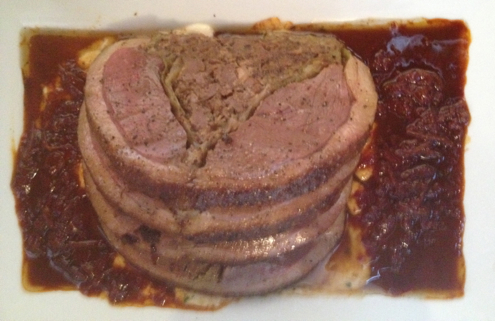 Duck stuffed with its own offals, flambéed with cognac, then served in a sauce (for the description, see article, lol). Not shown: sweet potato purée topped with melted marshmallow. Again, I was the only one who appreciated. 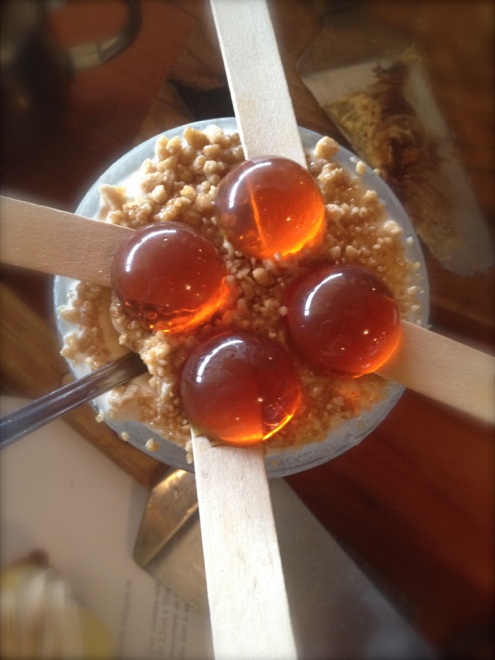 Maple taffy on a parfait of frozen yoghurt and Gélinotte, a maple liqueur produced by neighbour Intermiel. I really dug that pastry chef Gabrielle Rivard-Hiller preserved the slightly sour taste of plain yoghurt in her dessert. Maple moka cake, but you figured that out already. Creamy, soft and delicious, although I still remember and prefer that amazing Tatin from way back… 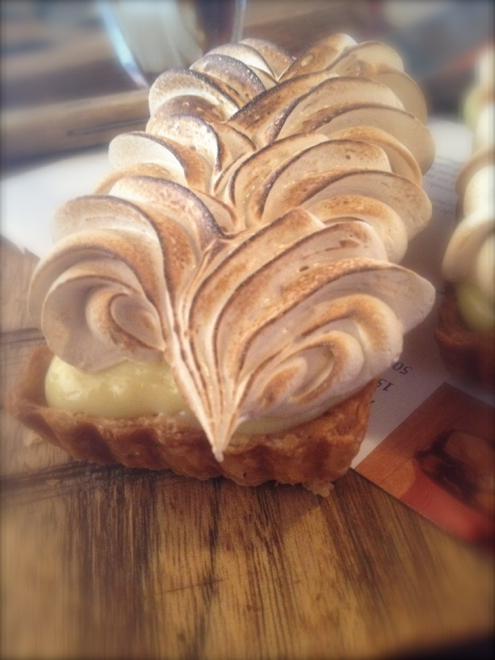 Banana and maple pie with meringue. The flaky pastry was tops. 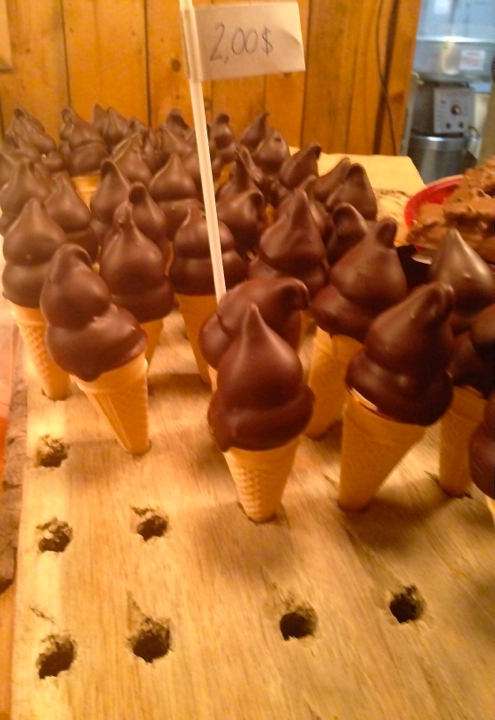 You can also buy a variety of homemade maple sugar treats as you leave. We went for the maple cotton candy, not shown. The Cabane even sells its own imported olive oil, in recycled wine bottles. 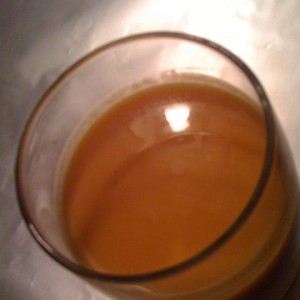 Cream of carrot and sweet potato soup with... 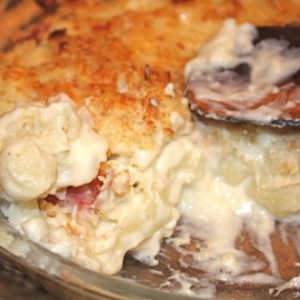 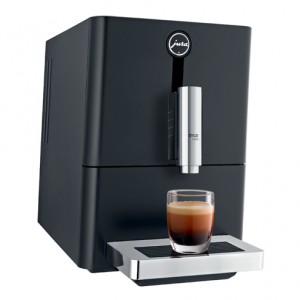