Last Monday November 7, the 2011 Canadian Culinary Book Awards were held in Toronto. Laid low by my first-ever asthma attack (!), I learned that my book À la bonne franquette had won a silver medal in the Canadian Culinary Culture Award from my bed in a downtown Toronto hotel. The kind of news that would have taken my breath away, if it weren’t already.

In all, only 12 cookbooks were honoured from the hundreds published in Canada last year. Just to put things in perspective, I found myself — or rather my book, since I was stuck at the Delta –, in the company of such chefs as Chuck Hughes (be still the female beating hearts out there, I hear you!) and Vikram Vij, whose book Vij’s at Home: Relax Honey is on my Christmas Wish List. Here’s hoping my family’s listening… 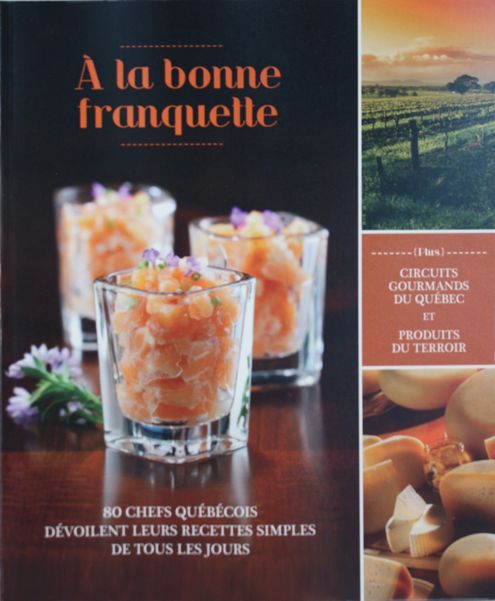 Of course, I share this award with my Editor-in-chief, Marylène Leblanc-Langlois, a long-time friend and colleague, and the kind of manager extraordinaire with the knack to make things happen. Let’s face it, administration is so not my forte, but it’s hers.

To art director Marie-Josée Forest who gave the book its beautiful look and feel: thank you!

To photographer Michel Paquette, who I met long ago when I was the agency writer on the Natrel account: you def know your way around appetite appeal.

And finally, to my publisher Jean Paré, thank you for conveying my thanks to the jury when called upon to replace me at the last minute. You have to admit, what timing!

Above all, thank you to the 80 Quebec chefs who agreed to share their family recipes with me. I know how much trust it required on your part to let your everyday cooking, and not your table d’hote cuisine, represent you. To those who went so far as to share their shortcuts using Cheez Whiz, Carnation Milk, and Knorr’s Sauce, double tip of the toque!

Here are the winning books in all categories. As you see, I find myself in very inspiring company. For full-fledged summaries of each book, visit Cuisine Canada here. Cheers. 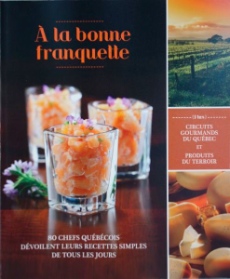 GOLD: Sarah Elton, Locavore: From Farmers’ Fields to Rooftop Gardens – How Canadians Are Changing the Way We Eat, HarperCollins Canada.

Jehane Benoit (one of my heroes!)
Marie Nightingale

Awarded to Tony Drouin and Suzanne Bergeron, owners of Jean-Talon Market’s Marché des Saveurs where only Québec artisan products are sold. RIGHT ON!

What is Cuisine Canada?

Annually, food professionals gather to honour Canadian culinary writers and publishers when the Canadian Culinary Book Awards are presented in the autumn. Designed to recognize excellence and creativity in food and beverage writing and publishing, these awards also promote Canadian culinary food culture.

The University of Guelph has for more than 140 years contributed to Canadian cuisine in its programs in agriculture, food science, hospitality and tourism management and other related fields. The University of Guelph holds Canada’s largest culinary collection with more than 6,000 volumes in the Library’s Archival and Special Collections. All cookbooks nominated for these awards are placed in this collection. 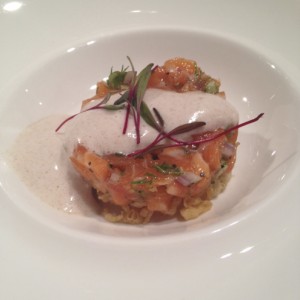